Home | About Us | Directors 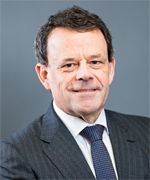 In addition to being Chairman of BCI, Brian is Director, Finance and Investments for the Australian Capital Equity Pty Limited (ACE) group, which includes BCI’s largest shareholder, Wroxby Pty Ltd. He is a director of various ACE group companies, including companies active in the property, agricultural, financial services and investment sectors.

Alwyn commenced as Chief Executive Officer of BCI in May 2016 and was appointed as Managing Director in September 2016. He has more than 25 years' experience with numerous large mining houses in technical and commercial management roles covering the total supply chain from mine to market for iron ore, coal and other minerals. 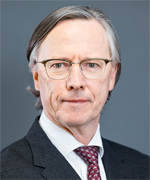 Michael is a partner in Gilbert + Tobin’s Energy and Resources group. He has over 30 years' experience gained across a range of jurisdictions. He advises in relation to asset acquisition and disposal, project structuring, joint ventures and strategic alliances, development agreements and project commercialisation, capital raisings and company merger and acquisitions.

Michael has served on numerous ASX listed companies and not-for-profit boards and is currently the Chairman of Precision Opportunities Fund Ltd, a specialist small to medium cap fund.

Miriam is a chemical engineer with more than 20 years’ experience in the mineral processing industry across various commodities including copper, uranium and gold. She has previously held a number of senior roles at Monadelphous, Iluka Resources, Alcoa of Australia and WMC Resources in innovation & technology, technical development, production management, project management, business improvement, HR & diversity strategy, and sales & marketing.

Miriam is a Non-Executive Director of Pilbara Minerals, Chair of the Minerals Research Institute of Western Australia (MRIWA), Deputy Chair of the Northern Agricultural Catchments Council (NACC), and Deputy Chair of Scouts WA. She holds Honours degrees in Arts and Chemical Engineering, a Masters in Mineral Economics, is a member of the AusIMM, and a graduate of the AICD. 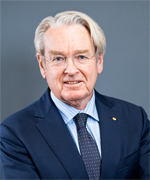 Richard is a former Premier and Treasurer of Western Australia (1993 to 2001) and served as Australia’s Ambassador to Japan (2016 to 2020). He has held Chairman roles of various companies over the last two decades, including GRD Minproc and Iron Ore Holdings. In 2003, Richard was appointed a Companion of the Order of Australia (AC) for his service to the WA Parliament and the community, particularly the Indigenous community, in the areas of child health research, cultural heritage and economic development. 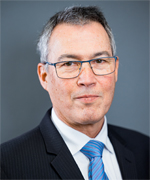 Garret is an experienced senior executive with extensive experience in the resources, transport, and contracting sectors in Australia and overseas. His work in both private and ASX listed companies spans more than three decades, having worked in senior executive roles for major mine owners, mine operators and contractors. 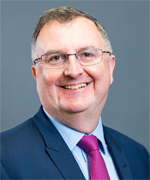 Chris is an experienced mining executive, with over 30 years of global experience across senior strategic and operational roles for the Rio Tinto Group.

During his long career with Rio Tinto, he held executive roles across a diverse range of commodities including Chief Operating Officer – Pacific Bauxite and Alumina (2008-11), Chief Operating Officer - Rio Tinto Coal (2013-16) and most recently Chief Executive - Iron Ore (2016-20) where he also managed Dampier Salt. He has decades of experience in working with stakeholders in China, Japan, Korea and Taiwan, and was recently Rio Tinto head of country for Japan.

Chris has board experience in a variety of companies including current chairman of Deep Yellow Limited, and a former director of Energy Resources of Australia. A qualified metallurgical engineer, he is also a Fellow of the Australian Institute of Company Directors. 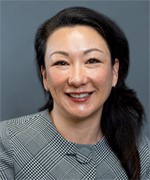 Stephanie was appointed as General Counsel at BCI in January 2019 and has 18 years' experience in the projects and resources industries, with significant experience at both a top tier law firm and in-house at a large global resources company.

Susan has over 25 years’ experience in the corporate finance industry and extensive experience in Company Secretarial and Non-Executive Director roles with ASX, AIM and TSX listed companies. Susan holds a Bachelor of Commerce, is a Member of the Australian Institute of Chartered Accountants, a Fellow of the Financial Services Institute of Australasia, a Graduate Member of the Australian Institute of Company Directors and a Fellow of the Institute of Chartered Secretaries and Administrators and Chartered Secretaries Australia. She is currently Company Secretary of several ASX listed companies.