The Mardie Salt and Potash Project (Mardie or the Project) is 100% owned by Mardie Minerals Pty Ltd, a wholly owned subsidiary of BCI Minerals Limited (BCI). The Project represents a rare, sustainable opportunity to develop a large-scale, multi-generational solar evaporation operation on the Pilbara coast of Western Australia (WA).

The Pilbara coast is one of the world’s premier regions for solar salt production. Five existing solar evaporation salt projects have been operating successfully in this region for up to fifty years, producing a quality, reliable salt product which is consistently in high demand in the chemical and other industries.

At Mardie, an inexhaustible seawater resource will be concentrated through solar and wind evaporation to sustainably produce 5.35 million tonnes per annum (Mtpa) of high purity sodium chloride (NaCl) salt and 140 thousand tonnes per annum (ktpa) of sulphate of potash (SOP or K2SO4) fertiliser and supply the growing chemical and agricultural industries over an operating life of at least 60 years.

Salt is one of the most widely used substances on earth, with over 10,000 direct and indirect uses. It has a large and mature market with approximately 335Mtpa consumed globally. SOP is a premium fertiliser containing essential macro-nutrients (potassium and sulphur) for plant growth. It accounts for approximately 10% of the global potash market of 70Mtpa.

Mardie will be the first major salt project developed in Australia in two decades and the only Australian operation to produce commercially saleable salt and SOP. It will be the largest salt operation in Australia, and with the potential expansion into newly acquired tenements (not included in the optimisation), it can become one of the largest evaporative operations globally.

Production of a high value by-product from waste seawater adds downstream processing credentials to the Project, which aligns with the Western Australian Government’s long-standing objective for the resources industry to include secondary processing in project planning.

In addition to these circular economy benefits, the Project has strong environmental credentials with an independent KPMG study finding that 99% of Mardie’s energy requirement is in the evaporation process which will be derived from natural sun and wind energy.

BCI has developed strong relationships with the traditional owner groups of the Mardie Salt and Potash Project, the Yaburara and Mardudhunera People, with a native title agreement and port indigenous land use agreement in place. The company has a strong focus on indigenous employment and training and a commitment to utilising traditional owner contractors.

The primary project components are below:

The production concept involves a time-proven and low risk process. Seawater is pumped from the ocean into the first evaporation pond and progressively concentrated via natural sun and wind evaporation energy through a series of nine evaporation ponds over an eighteen-month period. Upon reaching NaCl saturation point in Pond 9, concentrated brine is transferred to the salt crystallisers where salt precipitates in solid form. The remaining brine liquid (bitterns) is drained from the salt crystallisers and raw salt is then harvested and purified in a two-stage counter-current wash plant to produce 5.35Mtpa salt with >99.5% NaCl content. 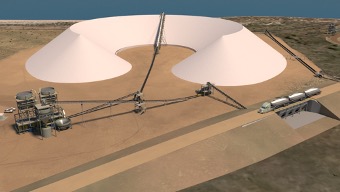 A unique attribute of Mardie compared with WA’s five existing salt producers is that it will also produce SOP as a by-product. Bitterns from the salt crystallisers, which are deficient in sodium but rich in potassium and magnesium, are pumped to the SOP crystallisers where kainite-type mixed salts (KTMS) form. Approximately 1.1Mtpa of KTMS is harvested and converted to 140ktpa of granular SOP product with >52% K2O in a chemical flotation processing plant. 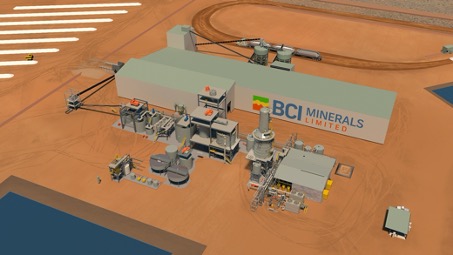 Final salt and SOP products will be exported from a purpose-built port facility at the Mardie site. A range of port options have been studied and a transhipment facility together with a 2.4km jetty and 4.4km dredged navigation channel to open waters best satisfies the marine environment and product volumes to be exported by BCI. The jetty has been designed to withstand a 1-in 500-year extreme weather event. The navigation channel will accommodate a 12,000 deadweight tonnes (dwt) self-propelled and self-unloading transhipment vessel (TSV). 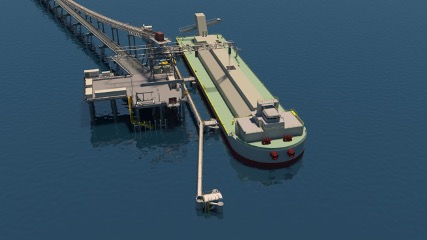 BCI is planning to ship salt to customers in OGVs ranging from Supramax (50,000dwt) to Capesize (160,000 dwt). The use of larger vessels will reduce overall freight costs materially compared with other WA salt operations with berth constraints. SOP can be shipped by either small vessels or together with salt shipments, where the products have customers with a common or nearby port.

A Final Investment Decision was made for the Mardie Project in October 2021 and main construction commenced in early 2022.

With attractive financial returns over many decades and expansion potential from the new tenements, development of the Mardie Project should result in considerable long-term value and dividends being created for shareholders.