Home | About Us | Introduction

BCI Minerals Limited (ASX:BCI) is an Australian-based mineral resources company which is developing an industrial minerals business, with salt and potash as its initial focus.

BCI is rapidly advancing its 100% owned Mardie Salt & Potash Project, located on the Pilbara coast in the centre of Western Australia's key salt production region. A future Tier One project, Mardie has been designed to produce 5.35Mtpa of high-purity salt and 140ktpa of Sulphate of Potash (SOP). Using an inexhaustible seawater resource and a production process driven mainly by natural solar and wind energy, Mardie will be a sustainable supplier to the global salt and potash growth markets, delivering benefits to BCI stakeholders over many decades. Main construction of the Mardie Project commenced in Q1 2022. 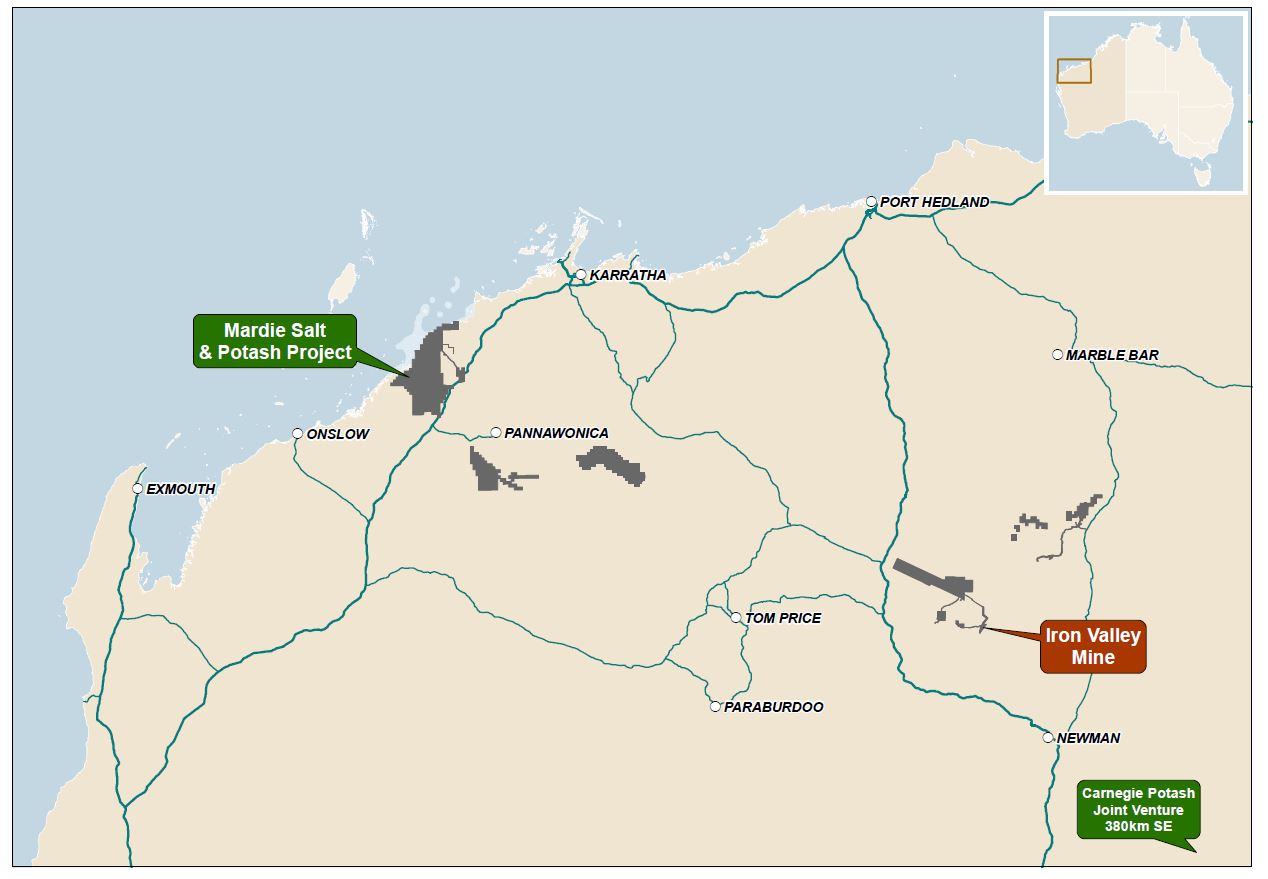