The Carnegie Project is a potash exploration project located approximately 220km north-east of Wiluna that comprises one granted exploration licence and two exploration licence applications covering a total area of approximately 1,700km2. The Carnegie Project is highly prospective for hosting a large sub-surface brine deposit which could be developed into a solar evaporation and processing operation that produces sulphate of potash (“SOP”).

BCI has entered into a joint venture with Kalium Lakes Limited (“Kalium”) over the Carnegie Project. BCI currently holds a 30% interest and has rights to earn up to a 50% interest. Kalium, the joint venture manager, is proceeding with a staged Pre-Feasibility Study, with the current focus on securing tenure and access to all required tenements. 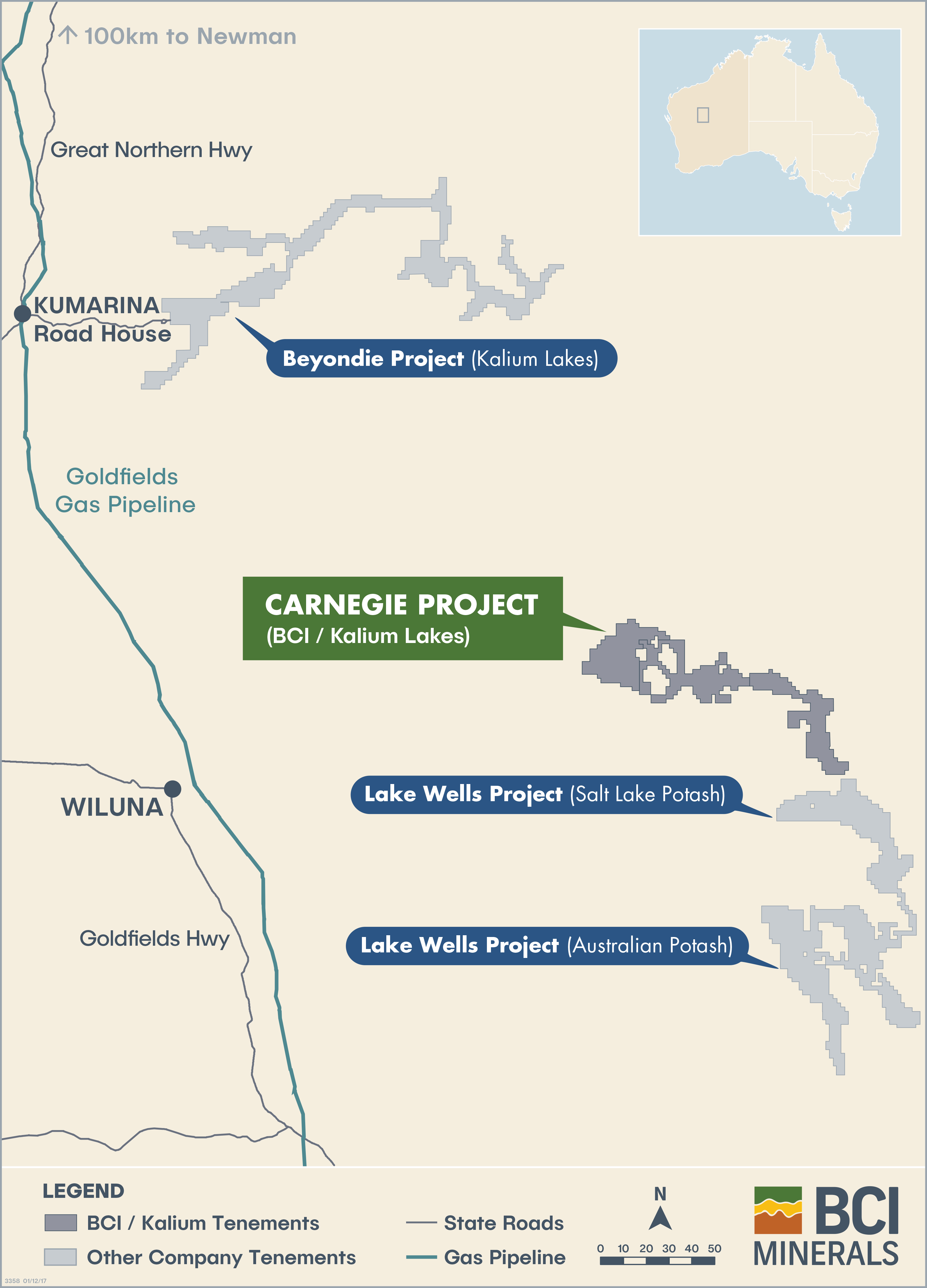